Hi y’all! It’s officially the last week of August- where has the summer gone?! But hey- it’s practically fall now (almost) and that is my favorite season! So, let’s jump straight into this month’s review.

We went to an amusement park- twice! Once with 4 of my siblings, their spouses and 6 of my nieces and nephews, and once with just my parents and sister, A. That was so much fun! The second time, A and I rode a water ride, and we were DRENCHED. It was awesome lol- we rode lots of fast rides to try and dry off.

I went biking a lot this month, and I took some really cool photos- look for those in a post next week! For now, there’s a picture of a little red eft that was just too cute not to share haha. It was right in the middle of the road, and it wasn’t very happy when I moved it off the road XD

I went kayaking with my sister- it was the perfect day for it, and it was really nice to spend time on the water. The river was very low, but we still had a good time.

We have been getting ready for my grandma to move in with us in September, and we have been doing lots of renovations to the master bedroom for her. There will be another post about that later, but there’s a sneak peek- the blue walls look simply smashing with the pine floors! Check back next week to see the finished floor.

At a church picnic earlier this month, we recreated a picture from 10 years ago- that was fun haha!

I repainted the kitchen chairs on Saturday- I liked that project! I scraped off some of the old paint and sanded them down a bit before I started painting. It was oddly satisfying to peel off the old layers of paint, and I spent a good but of time on that. Then I repainted them, which was surprisingly tedious- it takes a long time to paint all those legs and backs! But they look so much better now, I’m happy with the finished product. I forgot to take one when the chairs were all lined up, but here’s Millie the cat, enjoying the new place to nap…

Our garden is doing well, especially the tomatoes! These are mostly heirloom tomatoes, which is why they look a bit unusual. They taste even better than regular tomatoes- give them a try sometime! Before the summer is over, you should buy some fresh tomatoes- from a farmer, not the grocery store. You will be amazed at how good they are…

One last photo- my mom took this one, I love how beautiful and blue the sky looks with the brown sunflower and green leaves. Sunflowers are her favorite flowers, and I think this is one of my favorite pictures in this post!

So there you have it! I had a really good month, did you? What were your favorite things you did this month, and what are your favorite pictures from this post? Tell me in the comments! Until next time, Happy last-few-days-of-August!

2 thoughts on “My Month In Technicolor” 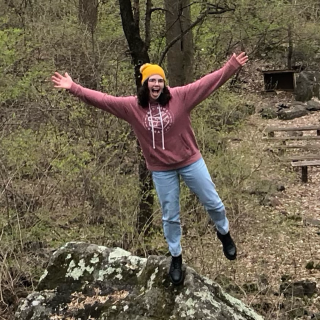 Hi! I’m a Christian teen girl blogging about life, baking, family- a little bit of everything. I love reading, blogging and playing guitar in my free time.